MEP Anja Hazekamp opened the event by calling for clear, strong, species-specific European legislation based on scientific evidence, and for more independence in lawmaking from private interest lobbies.

Alice Di Concetto, legal advisor and founder of the European Institute for Animal Law & Policy, presented the Institute’s latest white paper “For a More Humane Union: A Legal Analysis of EU Farm Animal Welfare Laws,” which is the first comprehensive review of EU farm animal welfare legislation. Di Concetto presented the impetus for drafting the report, as well as its content. She gave a detailed account of the history of EU farm animal welfare legislation and the current regulatory framework, and she offered legal recommendations to overcome the legislation’s current shortcomings.

In the first panel, moderated by Elliot Teperman (Jeremy Coller Foundation), Olga Kikou (CIWF EU) highlighted the demand among European citizens for more farm animal protection. Olga Kikou presented the increasingly high number of scientific findings, publications, petitions to the European Parliament, and public consultations on the topic of farm animal welfare as evidence of a growing interest in animal protection issues among the scientific community and the public.

Angie van Dijk, a legal advisor at the Dutch organization Wakker Dier, and Manuela Giacomini, an attorney  at Conte & Giacomini in Genova, Italy, then presented on enforcement issues of the EU farm animal laws, both at EU and Member State levels. During the Q&A session, both panelists agreed that the best way for the European Commission to compel Member States to enforce current EU animal welfare laws is to open infringement procedures in cases of non-compliance. So far, none have been opened on the topic of animal welfare even though multiple breaches have been evidenced, including by the European Commission’s own audit services.

Christian Juliusson, from the European Commission’s DG Sante, discussed the use of the Better Regulation rules, which can be used to achieve more transparent policymaking, which is particularly relevant to farm animal welfare. Andrea Gavinelli, Head of the Animal Welfare Unit in the European Commission, spoke on how the European Green Deal aims to improve policy coherence on the matter by presenting the 2030 targets for sustainable food production.

Finally, in his concluding remarks, MEP Michal Wiezik (Renew Europe, SK) emphasized that the fight for farm animal welfare must not be neglected, even in these challenging times. 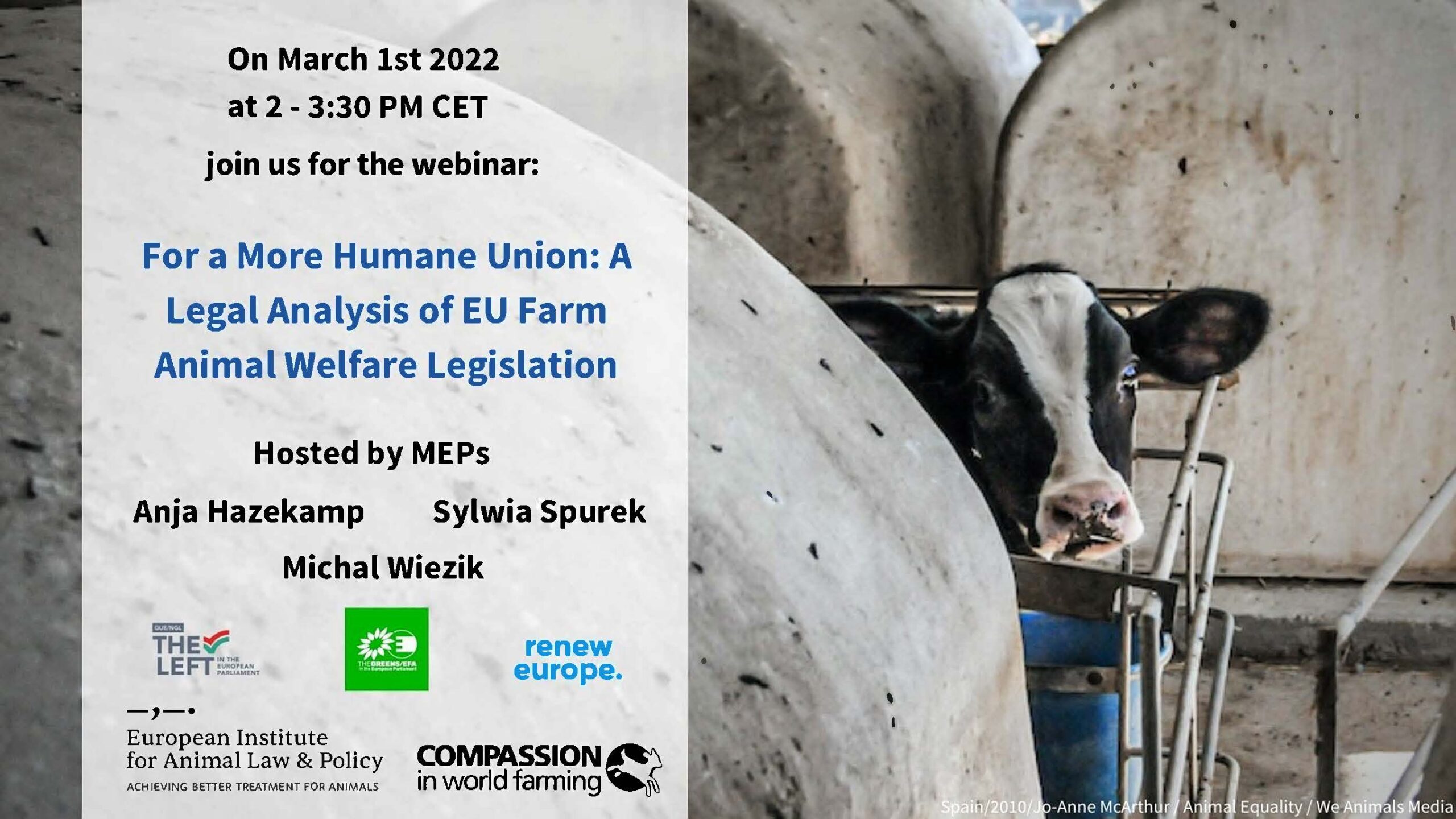